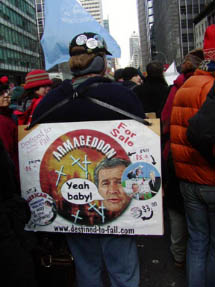 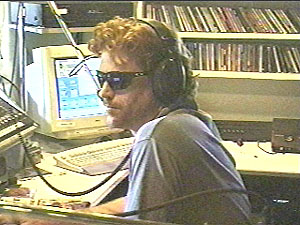 Me, making people wrong and loving it.
While rocking out in 1999.


"Stop making people wrong!" Mother would say. But I was born a critic and further forged as a skeptic as the primary school years progressed. Then the MAGA's came along in 16, and I couldn't help myself and I now had the internet. So they've not budged in 2.5-yrs at 39% approval.

In the long view of a time my mother was right; in time the target of your criticism and blame will refuse your corrections, your solutions, and advice, because the delivery was casting wrongfulness on them. They plant themselves in whatever behavior, of any activity and stay.

The rest of you can heed these words, I'll keep trash talking Trump and any asshole lacking in brains who assisted him in taking our highest office with lies and deception on an audience of people too busy to find the real information.

By the way, the sad truth is that a vicious cycle is in place. It has causality in Trump's voters' inability to have found the facts and then reason them. A half irony is that is the very factor that allowed him to bamboozle them. And because we've allowed two information universes in our news media, they'll never find the truth. Further, because we make them wrong, with our memes, commentary and generally hateful theme that runs on for years (because Trump is Trump, he keeps going), we are stuck with Trumpian reasoning (the void of) for at least two generations, and that’s about 90-yrs.

In the late of the 2016 election, Bernie Sander's fans were firmly behind “free college for all.” And had that same call for that ethos been listened to in the 1960s and 1970s the MAGAs would not have been fooled by a lying Carnival Barker. A clown.