Links to Great Organizations UNDER CONSTRUCTION, AS ARE WE ALL: 2/11/2016.

We will distribute money to great organizations that are fulfilling the desires of the foundation to End All Suffering.

There are many not for profit groups in the world and in the United States of America - the home community of End All Suffering. I want to find the best and the most efficient and those that need further funding to extend their reach across our community and across this beautiful blue marble.

The lists inclusion is based on charitable giving efficiency and number of those served and on advocacy of issues relevant to the promotion of peace and understanding and all human rights of equality and opportunity in the nearby community of End All Suffering and worldwide. “Opportunity,” includes educational organizations and civil and human rights organizations. Because End All Suffering strongly supports advancements in science education on Earth, those educational organizations are included. 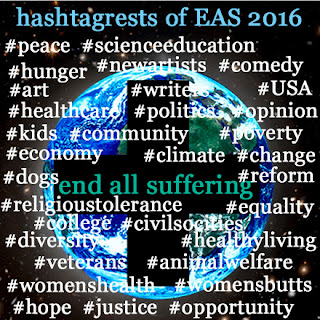 These news organizations strive to collect and disseminate news in an honest and probing manner and provide alternative viewpoints when a news story is controversial:

End All Suffering likes the organizations listed below. This list is in no order of priority of giving. This list does not discriminate from any efficient organization that is pushing particular social or political (or controversial) bent or particular issue. The only discriminate manner of distributions of donations is: If they are moving towards the End of All Suffering and they advocate in a “classy,” and professional manner then they likely will be advocated for and receive the distribution of End All Suffering donations.

For example the United Nations is thought by many paranoid people to be a precursor to a “One world government liberal takeover of the Earth.” Is that vision so bad? Is the Earth supposed to operate for centuries into our future as nearly 300 individual governments, filled with narcissistic leaders all wanting different outcomes? That is kind of present day and conservative thinking that does not contain progressive thought processes. But that thinking will not stop End All Suffering from using the United Nations and their many charitable sub-organizations as an efficient manner of giving where that giving does the most good.  In another example: the Salvation Army and the YMCA were initially Christian based charities and in many centers of those organizations, those volunteering and working there are still very much adhering to principles and moral conduct known to be consistent with the European and western hemisphere Christian ethic. That’s fine with End All Suffering because they are positively progressive in their goodness delivered to millions of people.

In an opposing example: if a charity is allowing pictures of human fetuses in jars on their social networks or webpages, that won’t be tolerated as a group that End All Suffering can support. Classy advocacy, efficiency, and well organized charitable giving takes precedence in the choice of distribution.

Charities of the Earth please use the contact form to request your organization be on our list. Someone will both investigate and contact you regarding any particulars of your listing you would like to see here. 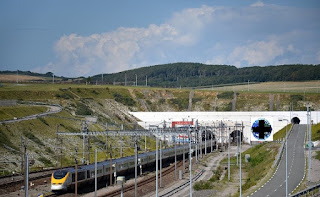 If efficiency is above 83% and need is strong they get donations. If a crisis of a particular nature is current, that efficiency rating is forsaken for priority of choice in giving if that charity is close to that crisis.

There are official mission statements below each website listing.

UNICEF:  https://www.unicefusa.org/  94%
“The U.S. Fund for UNICEF supports UNICEF's work, and other efforts in support of the world's children, through fundraising, advocacy and education in the United States.
UNICEF does whatever it takes to save and protect the world's most vulnerable children. Forty years ago, UNICEF figured out that promoting simple, low-cost interventions like hand washing and breastfeeding could save millions of lives. Undaunted by war or geography, UNICEF delivers.”

Red Crescent: http://www.ifrc.org/
The IFRC vision: To inspire, encourage, facilitate and promote at all times all forms of humanitarian activities by National Societies, with a view to preventing and alleviating human suffering, and thereby contributing to the maintenance and promotion of human dignity and peace in the world.

Email ThisBlogThis!Share to TwitterShare to FacebookShare to Pinterest
Home