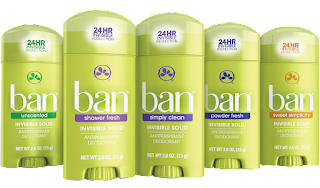 W/o permission
(non commercial use)

After engaging in both the process of debating with a gun enthusiast and the thought process of the searching of the soul, for one's positions of morality within the many nuances of circumstance and time, 1 of the first things a new gun control advocate learns is to never indicate you would want people's guns banned. That invokes a hostile rhetorical attack immediately and raises NRA membership levels and so more propaganda spending.  Another matter is that to say so is seemingly grandiose, given we're talking about more than 150-million (likely) guns in private ownership in the USA.

I don't go to that soft landing in the debate over life and death because an ethic to stand for is that we want all to feel as safe in public, or on the street as we do from fatal attack in our own homes. I don't want anyone in my house to have one, suffices I don't want you to have one either at the mall, the movie theater, a lounge, or in the car next to my own. There's no end to public places I would trust Joe Stranger with a firearm. I won’t be a hypocrite, I know that civilizations can control consumer products that are dangerous to all. And I know they have a word like ours that describes that societal behavior “ban.”

You can attempt gentle moderation but being truthful in the guns debate does not harm the pace of legislation one bit. A past time standard to expect is that a political candidate who is carefully watching their language must not tell this truth in the gun control debate. But I think voters are ready for flat out getting it over with, saying what must be. In full streetwise knowledge that you can't stop a small product from being carried out into public space. Fully aware that as an inevitability toward a goal of all being safe from gun violence, that yes a ban is necessary and it will have to be broad, or we'll never see an end to the barbaric ability of one shmuck to raise his hand and point at someone and kill them in a second.

In whole the gun control debate is about public safety, that means all open space and guns are carried out of private homes every minute. The private is the public domain when the product is easily transferable to the later.  Try operating a  .... you name it of dangerous activities in your house that can be used to harm others there or when you take it outside the home.  We can't be hypocrites in this debate, and the truth will set our debate free.

And the Bandaids go on:
“If you don’t deal honestly with the issue of guns, you’re going to start throwing Bandaids at a much bigger problem.”

-Fred Gutenberg, father of murdered Parkland high school student, Jamie Gutenberg, 8.22.2018.  Context: the Education Secretary’s announcement that it is being considered that US funding go toward arming teachers in schools. 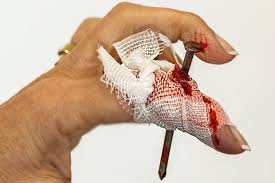 Right, this very much seems like a Trump administration, pro-Trump voter Bandaide - or, a thin patch over a gushing wound. However, I did spend years of advocating Bandaids; waiting periods, robust background checks, elimination of military weapons in civil society and etc..  All that time I remained honest about how I feel if asked.

Did I want to “ban all guns,” in the 1990’s when I performed, almost constant advocacy for gun control? Yes and not telling the opposition this was only because I was busy on the legislative action of putting “Bandaids on a much bigger problem.” I presumed naively that in the USA political system making small changes would influence a consensus and eventually result in federal (coast to coast) well reasoned and firm laws to regulate a consumer product designed and used to kill.

All these small things we do that make sense, like a new gun waiting period for cooling off are done as Band Aides to address a much bigger problem; legal sales of guns to citizens and protecting their privilege to own them. He dare not say “ban…” in his language. If he did, he would not be invited to speak on the issue on national television, he would be considered a radical and he’d be honest.

Nearly all of the many patches on gun sales and distribution have passed and failed and have been turned into feckless law. Mostly, because our nation’s structure is really of 50 nations without physical borders between. It’s a culture war and I’ve been trying to tell other advocates this for years. It’s a deep seeded misguided civil ethic. You can begin with being honest.

I’m 90% sure, Mr. Guttenberg does not want them in his home, or on the street in the public where he wants himself and his family to be as safe. And so the psyche becomes its own hypocrite, and tiny Band Aides get pasted throughout the land, each effective to a small degree, and never addressing a “much bigger problem,” and the blood bath proceeds as these consumer products travel with people by all means.

My relationship to the gun control debate:

1992: I entered the Prodigy "online" community and took an anti guns position and began debating with several fervent guns enthusiasts, including the later author of More Guns Less Crime, who I can confidently state, learned what to not write in that book from losing an online debate with me.

1993: I am fully in contact with my biological father and learn that 1-year past, I had had a sister of 19-yrs old, and she was murdered in her bedroom, by her estranged ex-boyfriend (a High School sweetheart). She was shot thru her head. The father had to clean up the room and the walls. A family shattered. Tina was gone and I have only a couple of pictures and no other memory.

1994: While in college, I conducted a letter and newspaper editorial writing and public protest, that was successful in causing my city council to ban the use of a public convention center in Salinas, California by the Wild West Gun Shows, or any traveling gun shows in the future. I was hated again, but now locally. During that time in California, I touted defiantly my Handgun Control Bumper sticker, that caused more than one altercation of loud yelling in public parking lots with men in trucks.

1995: I write in raw HTML the first ever pro-gun control webpage, and it remains the only anti gun www page until 1999 when Handgun Control finally makes a World Wide Web page. In 2002 I closed my webpage after several moves across the country.  During those years I received email death threats, at the least a dozen “Watch your back Mason!” was a common one liner. I reported those threats to the FBI, but they were “not really set up to handle digital crimes at this time.”

Present: I have never stopped advocating a civil society and guns in the hands of civilians is a failed idea. I will never accept that the founding fathers meant for the second amendment to the Bill of Rights to be intended as anything other than the assurance by decree that the new States of the former colonies would have full autonomy over their own "well-organized militia/s .." That was the purpose, that was understood, and that intent was upheld for over 200-years, until a corrupt Justice of the Supreme Court (See NRA and Antonin Scalia) chose to interpret otherwise. At a time when Americans were screaming for change in the other direction due to the lies and propaganda committed by a Washington lobby that began in earnest with their bullshit regarding the amendment only about 45-years ago (in Scalia's days), our conservative court went backwards, behind the year 1787. It was a modernist interpretation by judges who had hypocritically called themselves Strict Constitutionalists, it was lobby and money that changed the minds of more than one of those cobwebs. 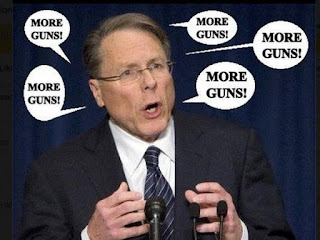 The #guncontrol #activist may say:
“He wants to ban #guns! Yikes! He’ll ruin our gentle approach that keeps us feeling safer, but results in futile half measures for decades and decades. Stop Mason before he tells the truth!”